Check out these sweet monsters.

For those who have been on Facebook for more than a couple years, you may have noticed that they’re giving you status updates from past years – a time machine of sorts.

It’s a pretty sweet idea, until you realize that you’re doing the same stupid stuff you were doing one, two, three years ago.  Who would’ve guessed that “Eating pancakes for dinner”, a hilarious post at the time, would become a sad prophesy of a life spent eating like a toddler?

Anyway, I recently found an old school journal that I kept in 2nd grade and found that not that much has changed in the nearly-20 years since writing it. Enjoy! 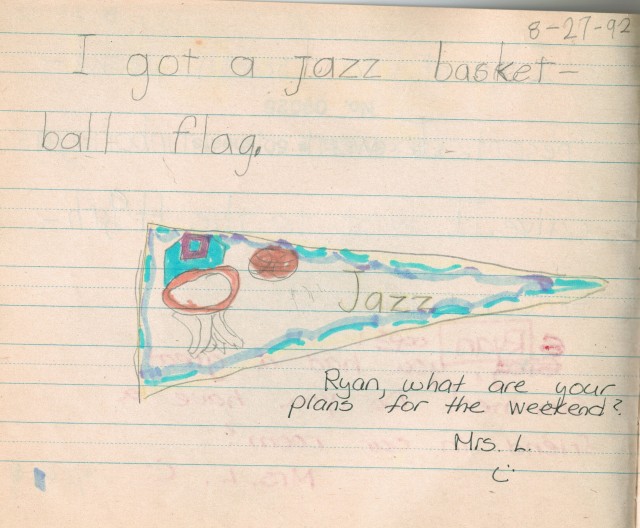 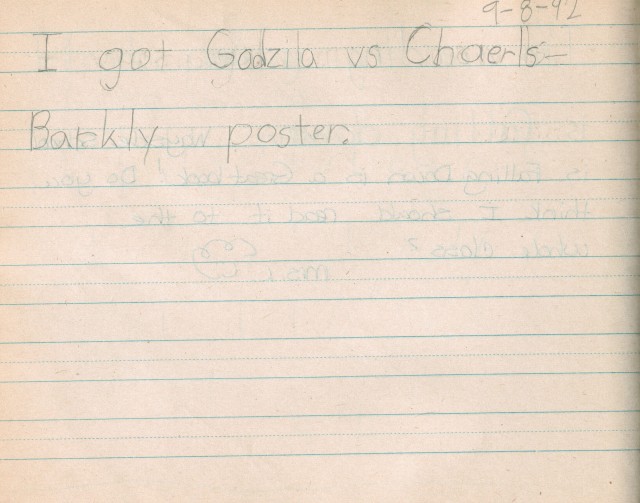 This is also why NBA has gone downhill: Cuz this doesn’t exist anymore. 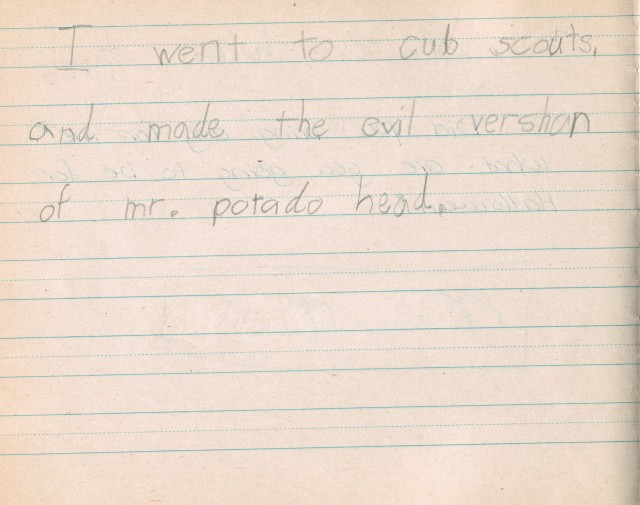 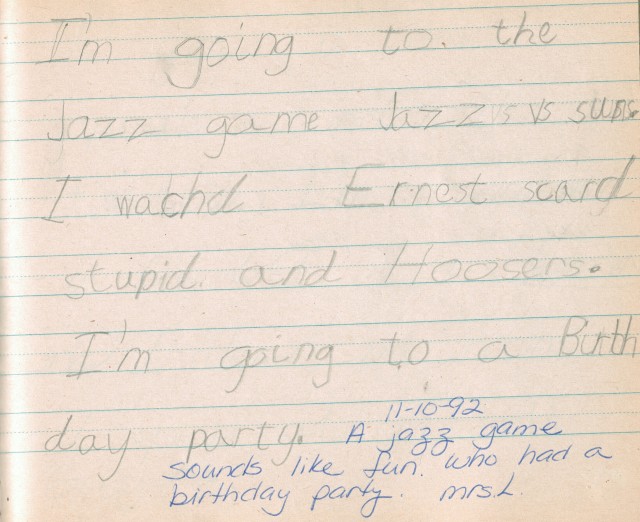 As you can see, I really liked the Jazz, Charles Barkley, monsters, X-Men, and Ernest movies – all of which is still true (although I can’t explain my obsession with Key West)

And I still have nightmares about getting phone calls from a bat.