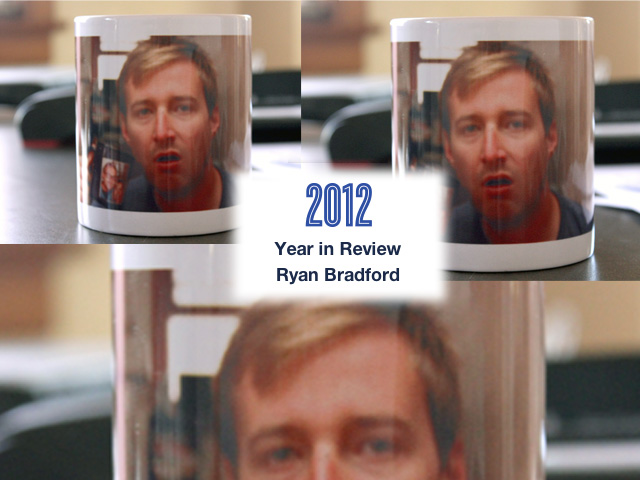 Mostly just a link round-up. Nobody’s posting anything new over Christmas, but I know y’all are still on the internets. Here’s something to read.

January – I defended (surrendered to) my tribal tattoo in San Diego CityBeat.

March – I went to SXSW and saw Bill Murray.

I was also on the cover of the San Diego Reader. 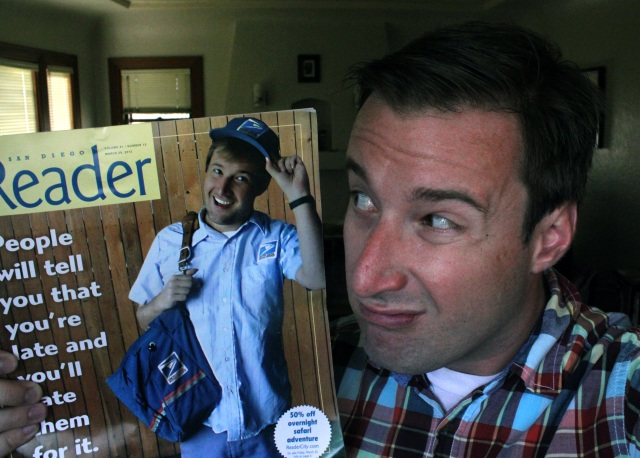 May – [PANK] posted my story “Post Apocalypse”. Really an honor to be on there.

I also got a job as Web Editor at San Diego CityBeat, thus continuing my love affair with alt-weeklies.

July – I got to go to San Diego Comic-Con through CityBeat. Had too much fun making this Corpse Paint documentary, which coincided with our SDCC “Zombie Issue”.

I also edited nearly 2 hours of this guy‘s drunk messages into 10 minutes. Maybe the best use of my editing skills to date.

August – Paper Darts, one of the most beautiful online literary rags, published my story “Movie Magic“. Scrappy upstart, Commas and Colons, published “Springtime, in Full Swing“. Really proud of both.

Also got to write about The Asylum, the movie production company responsible for “mockbusters” (Snakes on a Train, etc.) for CityBeat. By far one of my favorite stories I’ve written for an alt-weekly. (Dread Central also copy/pasted most of the article for their site… a-holes).

September/October – Spent the two months holed up, putting together two books: Last Night on Earth and Black Candies. I had the opportunity to work with a lot of great writers, designers and editors. I’m so proud of how they turned out. Order them here.

November – Discovered an old rap song I had co-written about the Three Amigos movie. Then my friend Jay Wertzler put it to the actual credits:

December – Signed with a literary agent! Two, actually: Rebecca Podos and Nicole LaBombard from the Rees Literary Agency.  I feel very lucky to have two people in my corner who feel as passionately about my monsters as I do.

So that’s the year. Gotta give a shout-out to Justin Hudnall, who executively directs So Say We All, the nonprofit that makes nearly half of my creative endeavors feasible. Not only is he a great friend and collaborator, he’s selfless and committed to putting artists’ work out before his own. Whatever literary scene we have in San Diego—he’s largely responsible for it. You should probably give him some money.

Love you all! See you next year.