Tweet: I still have guilt for lying so much about being sick in HS, so there’s a little bit of satisfaction when i tell ppl i’m sick and it’s true

Got hella sick this week. Major sick. Like, I googled “air coming out of my eyes should I worry?” It was the flu, I think, because I don’t believe you can get a cold in San Diego. I actually wouldn’t say that I lied in high school, but embellished a lot. Tried to remember what there was to do when you stayed home back then. Think I listened to a lot of music in my basement room which is a lot more dramatic for a teen than how it looks in hindsight. Oh, so the point of this tweet was express how I was feeling after being too sick to go to work, and my boss was all: @drolland: “@theryanbradford This could still be part of an elaborate lie. I’m watching you.” 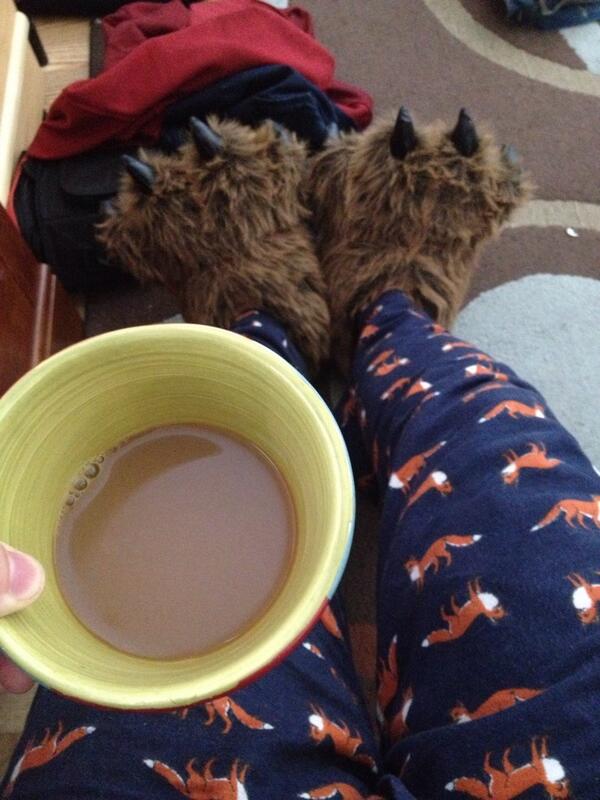 Tweet: I hope Rat Boat crashes into the grammys tonight.

Rat Boat is my favorite thing to happen recently. I’ve been obsessed. I tried explaining it to my wife, but was so sick and delirious on cold medicine that it sounded like RAH BO RAH BO and now I’m in jail. EDIT: Forgot I posted something similar to Facebook on January 24th regarding Rat Boat crashing into the Superbowl, because, you know, fuck NFL football etc. etc.

I had one tweet set aside for Grammy goofs. I don’t regret how I used it.

After being this sick for this long, you reach a level of enlightenment that allows you to think only in Smashing Pumpkins-esque dramatics. Despite all my rage I’m still just a rat on a boat.

Tweet: guys u were all realy mean with ur grammie tweets last night their just trying to put on a good show

I actually liked watching Grammys. Feel that if you take it too seriously or get mad at it, you’re probably not that big into music anyway. I like the idea of a an alien race reading our collective twitter feeds in the future, getting to this point and being like “What was up with this hat?” But man, there were some vicious tweets. I used to be into watching events with Twitter, but now I just think it turns funny people into shitburgers. At least TMZ gets paid for being awful.

Today’s moment of restraint came from me wanting to post this link to the Lana Del Rey cover of ‘Once Upon a Dream’ from Disney’s Sleeping Beauty revamp. I think Lana’s cool. 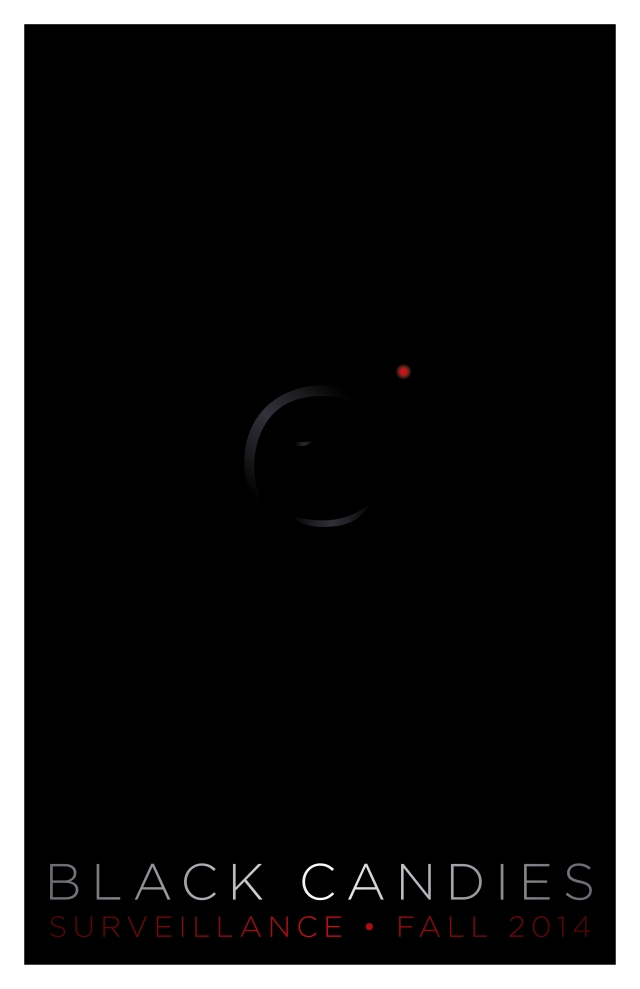 Promotional tweet. If you don’t know about Black Candies, and you want to, email me. Awesome artwork by @adamvieyra

Tweet: thinking of making a chicken restaurant called Thigh Gapzz. p much will be Hooters but with really REALLY hot girls.

I was watching Entertainment Tonight and the anchors were reviewing Beyonce’s Grammy performance and commenting on her “really nice thigh gap” or something like that, and I thought of that old Seinfeld joke where he’s talking about stuffed crust pizza and applauding our limitless knack for finding new places to store cheese. Like, will there ever be a limit to the miniscule and arbitrary ways to objectify women, or will there always be a new place for scrutiny? That said, I decided right then that I would become a “thigh gap man.”

Today’s moment of restraint came from wanting to post this “real life” ghost story. Actually, I did post to my secret Facebook group and said  “Pretty long read, but fucking incredible story. Like the perfect modern horror story: paranormal shit, mental disorders (probably), poverty, class, race, etc.” Then somebody commented that it was boring, which made me regret showing so much enthusiasm in the post and made me regret posting it altogether.

Tweet: Missed the first part of the sotu last night. Did I miss any updates on rat boat?

I don’t want to belabor the point, but there is a mass of steel, rust, and disease floating out there. When the world ends in a furry embrace, don’t say I didn’t warn you. Thinking that POTUS should’ve at least mentioned the RODUS, nah mean?

Tweet: anyone ever do serious covers of weird al songs and called themselves norm al? EDIT: asked my wife that and now we’re divorced

I’ve spent long hours wondering how a parody of a parody would go. Would they just be the originals? Or would heir have to be a recurring theme? Since Weird Al uses food to deliver his jokes, maybe it would have to be something like office supplies? Oh one year I got a karaoke machine for Christmas, which is a GREAT gift to give to a 21-year-old. Me and the roommates would get wasted and sing to each other in our basement. Then one of them sang an amazing rendition of Weird Al’s ‘Taco Grande’. After the song, he shattered the mic against the floor, took out his money, and threw cash all over our living room.

Today’s moment of restraint came from not posting this link to this fake Red Hot Chili Peppers song that Jon Daly wrote. Which is probably not true, cuz I posted it in the comments of a lot of people’s posts that were even remotely related to football, Super Bowl, or music in general. (Although, as easy as it is to make fun of RHCP, I once saw live them and it was fun. Also, me and my man @ryenschlegel were HS seniors in this weight class filled with sophomores and we controlled the music, which would mostly be ‘Suck My Kiss’ on repeat)

Facebook: “there’s a brave new world raging inside of me.” A perfect, triumphant performance of such a heartbreaking song, and I can’t watch it without getting tears in my eyes.

My wife came in when I was watching this and said “It’s amazing that we live in a world where an album called Transgender Dysphoria Blues is celebrated on national TV.” I love this album more and more each time I listen to it, and the emotions I feel from listening to it transcend any criticisms. I was telling some friend that, after the restraint in the last two AM! albums (which I actually really liked), this one sounds like an explosion.

Tweet: ‘be the loogies in cops’ fast food that you want to see in the world’ – gandhi

Saw this story about a Pizza Hut employee spitting in the pizza of an officer that had previously arrested her for a DUI. If that’s not civil disobedience, I don’t know what is.

Tweet: working on some craft small-batch, artisan hot dogs rolled in tortillas if there are any foodies in the crowd

I watched a video about hipsters linked on the Huffington Post with an emotion I’ll refer to as “bored sloth” (animal or Goonies character). This comes from five years worth of watching media try to squeeze a little bit more pus out of a dead horse’s zit. @dbreunig said  “@theryanbradford You joke, but there are multiple sincere people doing that down the block every Saturday.” I believe him, cuz he lives in NY, where people aren’t self-aware of their ability to live simultaneously in the past and future, which is the characteristic necessary to appreciate hot-dog roll-ups. 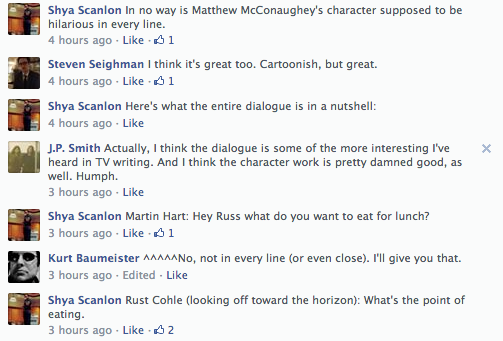