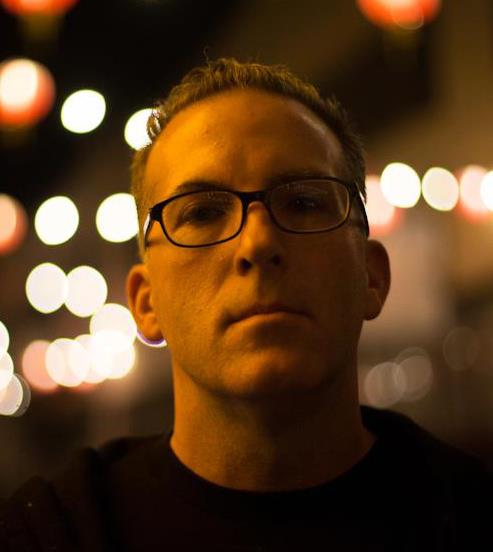 Never assume anything about Jim Ruland—he’s a man of surprises.

A couple years ago, when I delivered mail, I would try to find the most quiet and secluded streets to take my breaks. It was such a harried and exhausting job that even a 15 minute moment of quiet felt akin to Buddhist enlightenment, and I always had a paperback on hand.

One of those books happened to be Ruland’s short story collection, Big Lonesome. The copy on the back promised me “hard-boiled” stories, which felt entertaining enough, and perfect for the short bursts of serenity.

During this time, I was delivering mail in a neighborhood in San Diego called Point Loma—a rich part of town that also happens to have some of the most peaceful streets in its upper regions.

I parked the mail truck, cracked Big Lonesome open and landed on a story called “Brains for Bengo,” ready for some hard crime or easily-digestible noirish fare.

That story scared the shit out of me. When I was finished, I looked up and the peaceful environment had become isolating and haunted. The soft breeze now felt menacing. I booked it out of there, eager to be around other people.

Point is: Ruland strikes when you’re not expecting it, and he’s damn good at it. His calm demeanor hides a darkness that bleeds out on the page. This year alone (in his effort to make all other writers [i.e. me] look like lazy wasteoids) he put out Giving the Finger—a memoir that he co-wrote—AND Forest of Fortune, his debut novel. Forest of Fortune is a hilarious and haunting book that showcases his unparalleled skill in combining surreal and frightening elements with noir, history, and comedy. I loved it.

Salem’s Lot was released as a two-part TV miniseries that scared the piss out of me when I was 11 years old. I know what you’re thinking: You were scared of a made-for-television movie? Trust me. This one was different.

The movie was based on a Stephen King novel about a writer who returns to his hometown in Maine (I know, shocker) and discovers that it’s being taken over by vampires.

Most horror movies shown on TV where chopped-up versions of R-rated movies that had the sex, violence and gore clumsily edited out and dubbed over. They weren’t very fun to watch except that if you sat through a movie on TV, getting to see the unedited version later on a friend’s VCR was a secret thrill.

Salem’s Lot was different. Because it was made for TV, the thrills were expressed not with violence and gore but with atmosphere and mood, and it was directed by Tobe Hooper, the same guy who made The Texas Chainsaw Massacre.

In the movie, a young boy named Ralphie Glick goes missing. His family thinks he’s been abducted but the audience knows the truth: he’s been turned into a vampire. His brother Danny finds this out the hard way when Ralphie turns up one night, tapping on his bedroom window. Somehow Danny doesn’t notice that Ralphie is fucking floating in the air and opens the window for him.

Now it’s on and these creepy Glick Brothers are tapping on windows all over town and going on a blood-sucking rampage. Danny sets his sights on his friend, Mark Petrie, a horror movie buff with a Luke Skywalker haircut. Mark knows his monster movies and he repels Danny with a cross. You can watch the scene here.

What Hooper does so well with these scenes is make them heavy rather than scary. There are no special effects. No CGI. No gotcha moments to make you jump. Just the Glick brothers in some make-up and creepy contact lenses. We see Danny as Mark wants to see him: as his friend, but as the vampire emerges from the fog it’s clear what has happened to him. In the scene, Mark is crying not because he’s scared – he’s the only one in Salem’s Lot who isn’t losing his shit – but because he knows what’s happened to his friend: he’s dead. Worse than dead, actually. He’s a fucking vampire.

When I saw Salem’s Lot, I lived in a house in a tree-lined neighborhood in the suburbs of Washington, D.C. My bedroom was in the basement: dark and cold and far from my parents’ room. After watching Salem’s Lot, I slept on the couch in the living room for the night. One night turned into a week. A week into two. I must have slept out there for over a month. My parents talked to me about it a couple of times but I refused to go back down to the basement. Even though I felt safer in the living room, sleeping up there was no less terrifying.

Our living room had these big ass windows that any passing vampire could float right up to. Even worse, right outside the window was an oak tree whose branches would scrape the window at the slightest breeze. The wind would blow, the branches would go skittering across the glass, and I’d expect to see Danny fucking Glick inviting me out for a bite. It’s a miracle I didn’t have a nervous breakdown.

Salem’s Lot is still a heavy movie for me. My cousin, who was also named Mark, was a lot like Mark Petrie: a guy who was obsessed with monster movies. My cousin grew up idolizing the people who made horror movies and when he grew up he made good on his childhood dream by becoming a screenwriter. If you’re still reading this, there’s a good chance you’ve seen his movie Pumpkinhead.

Looking back it’s easy to see how Salem’s Lot might have influenced Mark’s first movie Neon Maniacs, which also features a girl who loves monster movies. (She was a he in the original screenplay, but whatever.) There aren’t any vampires in Mark’s movie and Neon Maniacs isn’t nearly as nuanced as Salem’s Lot (it’s a low-budget ‘80s slasher flick) but I love how the kid’s knowledge of the secret lore of monster movies allows her to put her fears aside and beat back the demons who are making her life hell.

Sadly, my cousin’s career was cut short by mental illness. In the weeks before his death, I remember feeling a lot like Mark Petrie, helplessly watching as my cousin’s illness transformed him into something unrecognizable, something dangerously un-Mark. The knowledge that saved the day in the movies, couldn’t save my cousin in real life.

It’s been 35 years since I first saw Salem’s Lot and I’m still haunted by the Glick Brothers. The damage has been done. It’s part of who I am. The fear has been encoded into my DNA.

But if you come over to my house someday, and you catch me napping on the sofa in the living room, whatever you do, don’t start tapping on the window and calling my name.

One of us might not live to regret it. 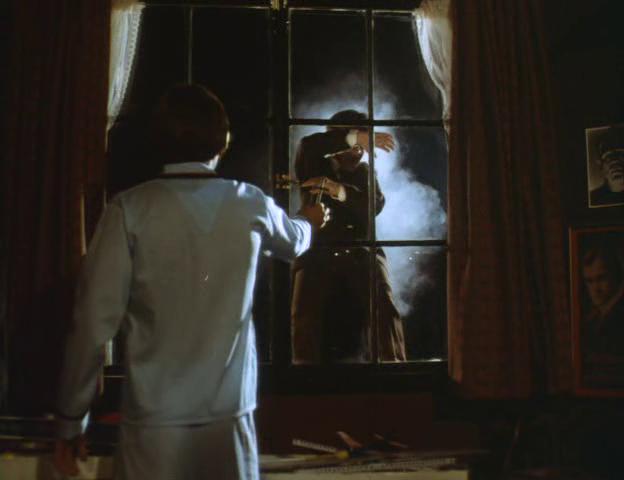